Demon’s Destiny is book one of the Dark City Guardians.

Garrett Duex Sabres is handsome, wealthy, brilliant and a demon with a split personality feeding on the living energy of humans. However, unlike others of his kind, Garrett chooses not to feed off pain and misery, he’s discovered a more palatable and just as potent source—sexual energy. Exploiting his charms, Garrett spends many evenings moving from one “dinner-date” to the next siphoning off small amounts from willing playmates. When Kay walks into Garrett’s life, his entire world is flipped around.

Set in the world of the Dark Knights of Heaven 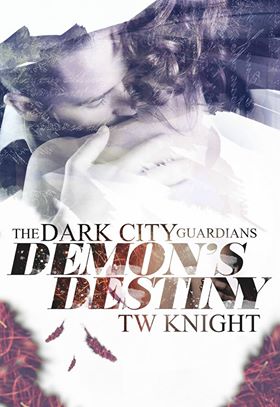 From a three-week voyage of more than 7000 miles from New Orleans to Buenos Aires in 1964 through an eight-day, 3258-mile round-trip drive between Evanston, Illinois and Clovis, New Mexico in 2017, whether in their prime or in their nineties, the Bedfords have packed a lot into their life’s journey. Follow their inspiring story of faith and service, set in fascinating times and places in the Southern and Northern Hemispheres.

To Buy From Sea to Sea 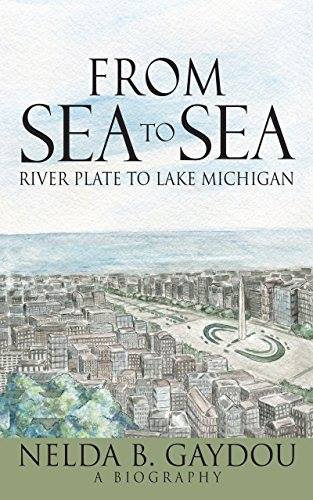 Kent Griswald is a high powered movie executive known for his micro-managing and aggressive supervision of a movie from beginning to end. He’s not well liked professionally or personally, so when someone puts a knife in his chest, no one is terribly surprised. However, someone also took pot shots at his younger brother, Connor, who has no enemies.
Detectives Walter Scott and Vanessa Weinstein are called in on the case, ready for action. Unfortunately, Detective Scott hadn’t counted on the eyewitness, Cadence Stuart. Pretty and personable, she’s also terrified that the killer may come after her next. It’s up to Scott to protect her from the tall, dark killer. Unfortunately, so far, the killer’s identity and whereabouts are Undiscovered. 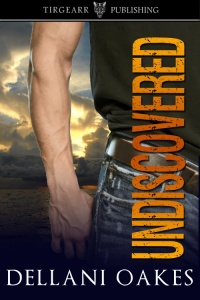 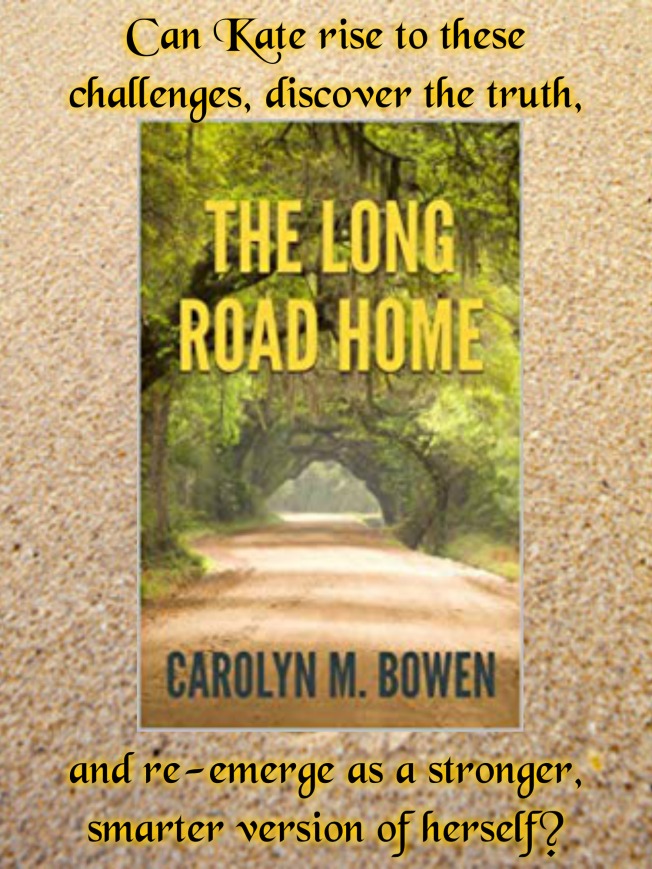 After a lifetime of being protected and sheltered by her parents, Kate is thrown into a state of turmoil after their sudden death. With nowhere else to turn, she finds herself living with her fiancé, a conniving businessman who is well on his way to becoming a corrupt super-lawyer. At the same time, Kate’s father’s law firm houses more secrets than a politician’s hard drive. Later, she receives a shocking surprise when a long-lost half-brother enters her life. Can Kate rise to these challenges, discover the truth and re-emerge as a stronger, smarter version of herself?

To Buy The Long Road Home 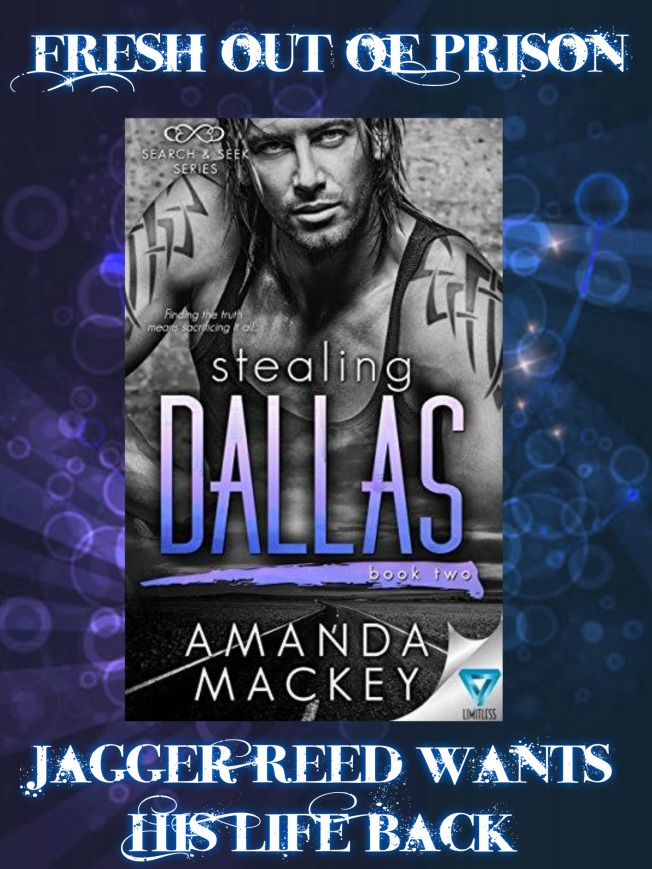 Fresh out of a stint in prison, Jagger Reed wants his life back… Finally released from prison after serving only eighteen months of a twenty-year sentence, Jagger is excited to reunite with his disabled brother Dallas. With the help of Rosalind McAllister, the creative writing teacher at the prison, Jagger was given a full pardon and legal guardianship of his brother. The fight to get his old life back has just begun… When Jagger and Rose arrive to pick up Dallas from his temporary foster parent, Lena Radcliffe, they are horrified to discover she has moved out with no known address. Worried that his brother may be in danger, they enlist the help of the local police who discover Lena in Great Falls, Montana. Rose vows to help Jagger reunite with his brother. Jagger is out for blood, and heaven help anyone who stands in his way… Live or die, Jagger will find his brother so they can start fresh. But there’s more to Lena Radcliffe than meets the eye, and suddenly Jagger and Rose are in over their heads. They’re in the middle of something much bigger and more dangerous than a family dispute. The clock is ticking, and they’re running out of time to figure out Lena’s motive for… Stealing Dallas. 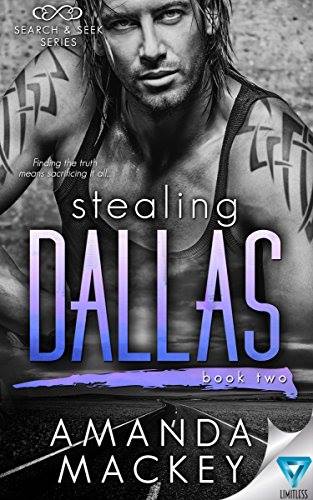 Dellani Oakes, a multi-talented woman, is the author of over a dozen award-winning novels. In addition to writing, she’s the host of a successful talk show, Books and Entertainment, where she often interviews authors, screenplay writers, and musicians. She is an author with Tirgearr Publishing company, and in addition to all of that, she’s a substitute teacher, all while managing to take care of her family. How she manages to keep up and handle it all is truly beyond me, but I couldn’t wait to find out more about her work.

Dellani started writing early in life, first pursuing poetry, but soon added song parodies, short stories, and humorous essays to her writing world. By 2002 Dellani started writing full time. In addition to multiple standalone novels, she has also contributed to several anthologies. I’m fortunate to call Dellani a friend, but everyone that knows her will tell you that…

Tirgearr will host our annual Holiday Sale. Most books 50% off, books starting at 99c/p…some free! This sale is hosted through #Smashwords from 25 December and through 1 January. 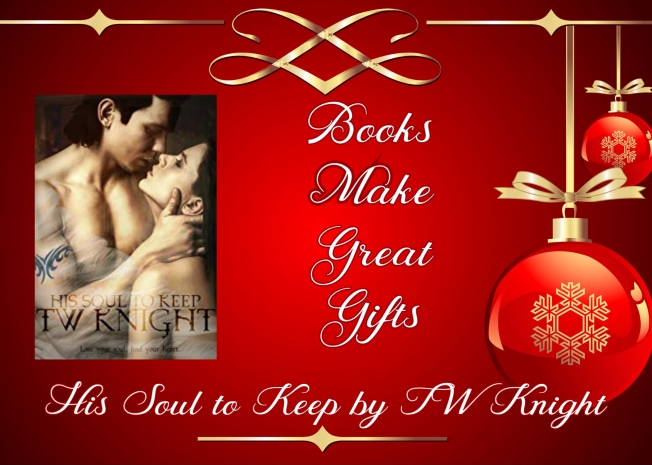 Where fallen angels battle Hell’s demons, find their lost souls, and discover love while hunting for a prophecy that holds the key to either their redemption or their destruction.

At twenty-eight, Cassidy Long is happy with her life. She has a job she loves, a great family, and a future open to possibilities. That all changes after she discovers she is the vessel for the immortal soul of an angel cast out of Heaven, and the only way to break the bond is by her death. Spirited away, Cassidy finds herself in the middle of an eternal war and falling for her angel.

Rail is captivated by Cassidy immediately, but fears it’s only the connection to his soul fueling his interest. He’s vowed to never fall in love, but fate has different plans. The more he fights his growing feelings, the deeper in love he falls. Cassidy not only holds his soul, but his heart. Now, he will fight Heaven and Hell to protect her.

Heaven abandoned them, but they did not abandon their calling. Once they were the Watchers, teachers, and mentors to human kind. Now soulless and exiled from Heaven, forced into an endless war, some will fall while others rise to find their destinies. They are the Dark Knights of Heaven.

To Buy His Soul to Keep 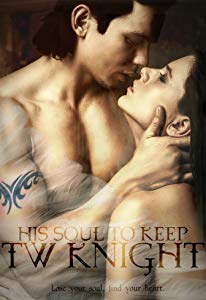 On the road to seek work in the cotton fields of Texas, an old Ford Model T truck breaks down and forces a change of destination that ultimately leads the protagonists to the Argentine Patagonia. Follow the anecdote-driven story of a devoted couple who spent their childhood in the U.S. Southwest during the Great Depression, met and married during World War II, and together undertook a lifelong journey of adventure and service.

To Buy To the Ends of the Earth

In the spring of 1739, Gabriella Deza stands poised on the verge of womanhood. A product of her guarded upbringing, she is naive in the ways of love until dashing Manuel Enriques declares his love for her. Quite by accident, Gabriella uncovers a plot hatched by British spy whose job is to capture the town and fort, Castillo de San Marcos. Armed with her information, Manuel embarks on a dangerous mission to entrap the spy and save the town from being overthrown by the British. Unfortunately, Gabriella herself is caught in the trap and kidnapped. Can Manuel find and save her before it is too late? 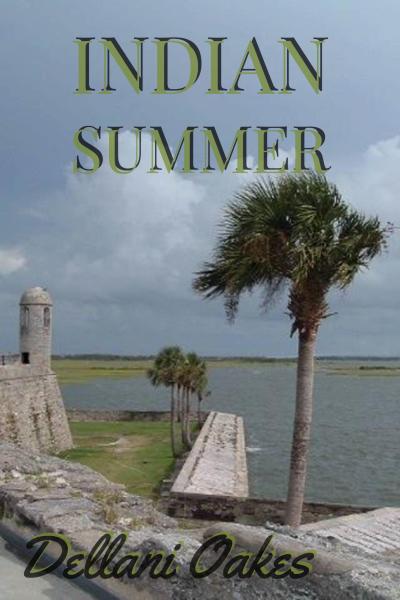 Another Book, Another Destiny...

It's all about life and it's glory through the glory of God.

author of many genres because no one likes being stationary

Faith, friendship, and love conquer all. Unless. Let's not forget how messy the world is.