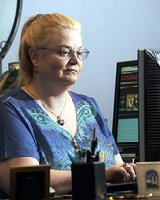 Stephanie Osborn never disappoints!! With Book 3 in her Sherlock Holmes mysteries, Osborn draws her audience into the story, immediately immersing them in the action.

UFOs have been spotted in the UK near Bentwaters and Woodbridge, two abandoned airbases. Observers describe is as a yellow orb of light that resembles a giant tennis ball. This is seems harmless enough until a man is found lying dead in his field. Reports say Mr. McFarlane died of fright, but authorities aren’t convinced.

Back in Colorado, it’s nearing Christmas. Skye Chadwick and Sherlock Holmes are happily ensconced at the ranch, enjoying some free time since the closing of the Tesseract Project. It is nearing Skye’s birthday, November 5, Guy Fawkes Day, and Holmes has quite a surprise in store.

I refuse to give plot spoilers. Readers can fill in obvious blanks themselves. Suffice to say, Skye is happily surprised.

After Christmas, the pair plan a trip to England where they are asked to investigate the death of Mr. McFarlane. What they find is disturbing as well as puzzling.

The Rendlesham Incident is a well paced sci-fi mystery that pits Homes & Chadwick against something not of this world. It leaves the reader puzzling over where it can possibly go wrong next.

Skye Chadwick is a fun character. She is intelligent, witty and spirited. She doesn’t back down from a tough situation and is read to take on any situation. Like Holmes, she is brilliant and resourceful. Although, by her own admission, her deductive powers are learned rather than intuitive, she is a great investigator.

I love Osborn’s characterization of Holmes. He’s true to his Victorian sensibilities, but shows his indomitable personality and ability to adapt to adverse circumstances. Holmes is a far more sympathetic character in Osborn’s series. Perhaps it was the style of the times, or maybe Sir Arthur Conan Doyle didn’t believe in revealing Holmes’ softer side, but I like the loving attention he showers on Skye, as well as the passion they share. He is the Holmes I always felt lurked beneath the words.

I highly recommend this book for all who love a good mystery and adore Holmes. Also a great read for sci-fi enthusiasts. 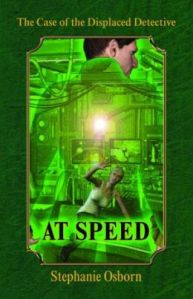 Sherlock Holmes like you’ve never seen him before – in modern America. Through an accident with Dr. Skye Chadwick’s Tesseract machine (told in The Displaced Detective – The Arrival) Holmes ends up in our reality. A fictional character in our time stream, in his, he is very real.

Asked to assist in an investigation, Holmes puts his cognitive abilities into high gear to find the master mind behind the sabotage of the Tesseract device. At the end of The Arrival, they have found several of the conspirators, but their leader and a few members remain at large. It’s up to Skye and Holmes to find them.

Stephanie Osborn has truly captured the essence of Sherlock Holmes and lovingly depicts him as a man with strong passions. He adapts well to the present, but much of the Victorian Gentleman remains. With the love and support of Skye Chadwick, he manages to find his way in a sometimes puzzling world.

Skye Chadwick is as fascinating a character as Holmes. She’s complex, brilliant and confuses the hell out of Holmes on more than one occasion. She is the perfect counterpart to Holmes.

This fast paced novel draws the reader into a world where the improbable is possible. I greatly enjoyed The Displaced Detective – At Speed and highly recommend both books to any readers who like a great mystery and adventure. Fans of Sherlock Holmes will enjoy seeing their hero brought to life and updated.

Dellani Oakes is the author of Indian Summer, Lone Wolf and The Ninja Tattoo. Look for them on Amazon, Barnes & Noble and Smashwords. 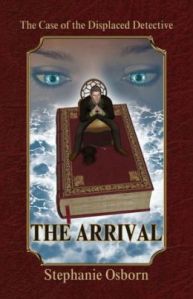 Dr. Skye Chadwick is brilliant, dedicated and committed to her pet project – The Tesseract. It’s purpose? To observe alternative dimensions. As such, the group adheres to a strict hands off policy.
During one such viewing, Dr. Chadwick finds herself unable to adhere to the hands off directive. Jumping into the scenario, she breaks apart two combatants. One tips out of the Tesseract ring and into the future. The other tumbles over a cliff, dying at the base of the waterfall.

Enter Sherlock Holmes. Due to Skye’s interference, Holmes is hurled into her reality, his own closed to him forever. Unable to return to his dimension, Holmes must adapt to ours.

The game’s afoot when the base security finds that a spy ring plans sabotage somewhere on the base. Wisely, the base commander asks Holmes to investigate. Skye, who is working with Holmes to acclimate him, tags along, helping with the investigation. And therein lies a tale….

Skye Chadwick is a wonderful, caring person. A scientist, she is a stickler for detail. Like Watson in her skills with weapons, she is also like Holmes in her deductive reasoning and observational skills. She is the perfect counterpart to the ‘modern’ Holmes.

Stephanie Osborn artfully brings the character of Holmes into the 21st Century. Her depiction of his Victorian mores in modern times adds great depth to his personality. She lovingly brings Sherlock Holmes alive.

Five Golden Acorns
© Dellani Oakes
Dellani Oakes is the author of Indian Summer, Lone Wolf and The Ninja Tattoo. Look for them on Amazon, Barnes & Noble and Smashwords.

It's all about life and it's glory. No negativity in it though it always remains in everyone's life.It is our duty to make sure that negativity doesn't stop us from living a life of King Size.

author of many genres; no one likes being stationary

Faith, friendship, and love conquer all. Unless. Lets not forget how messy the world is.

A journey through my nights